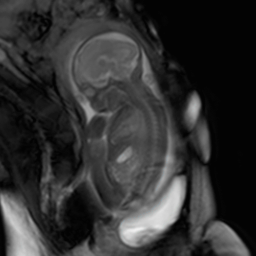 MRI is increasingly being used to image the fetus as an adjunct to ultrasound, however studies of the fetal heart and great vessels have found limited clinical utility [1]. Key challenges are fetal and maternal motion, a rapidly pulsating fetal heart, and extracting fetal ECG. Recent work has addressed the last point using self-consistency in reconstruction to infer a gating signal [2]. Here we take an approach based on realtime MR imaging and motion correction. 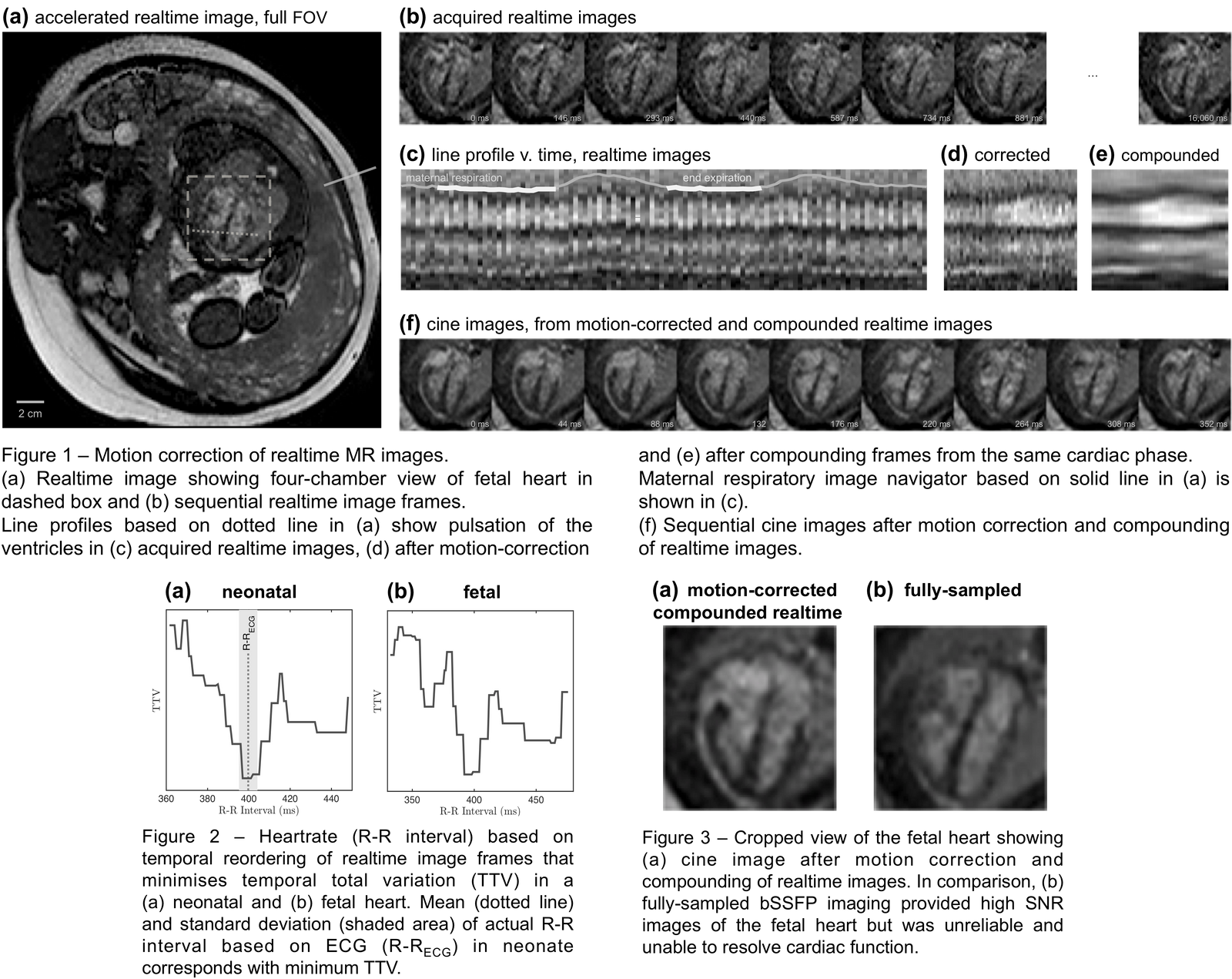 Figure 1 shows an example of motion compensation of realtime images. Figure 2 shows TTV plotted against heart rate for a neonatal case where ECG was also measured, and for a fetus. In all cases an unambiguous heart rate was detected. Compounded images preserved resolution while improving SNR and compared favourably to slower imaging, which was unreliable and unable to time-resolve cardiac function, as shown in Figure 3. Each step in the pipeline was tested individually and found to contribute to successful outcome.

A realtime imaging method of time resolved fetal cardiac imaging has been achieved. It can selectively incorporate non-contiguous sequences of images building robustness and tolerance to motion. There is potential for increasing both spatial and temporal resolution.